Wow, it’s been almost exactly a year since Amazon announced its Ring Always Home Cam. It’s a little bitty Wi-Fi security cam that hangs off a quadcopter drone, and roams around your house like an adorable hunter-killer robot from Terminator. Well, it’s finally ready for prime time (Prime time?), at least if you’re lucky enough to get an invitation to use it.

The Always Home Cam can pop out of its charging dock and fly around a pre-set path when a Ring Alarm contact sensor or motion detector is triggered. The system is only active when you’re away. You’ll get a notification on your phone, then you can watch 1080p video as the flying drone follows its path, using onboard sensors to avoid collisions. It is not recommended for use outdoors.

Though you can pause or rotate the flight path, you can’t take manual control like conventional consumer drones. You can set up to 50 different pre-programmed flight paths, but individual Always Home Cams can only patrol along a single story. If you want robot camera protection upstairs or downstairs, you’ll have to buy a second one. 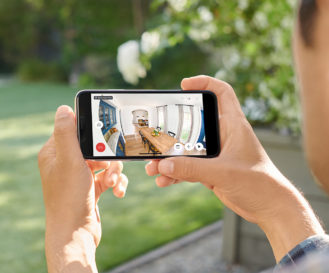 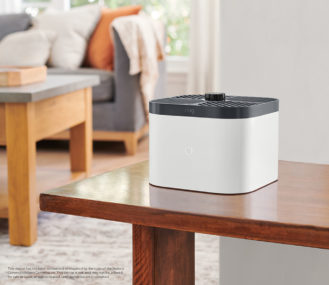 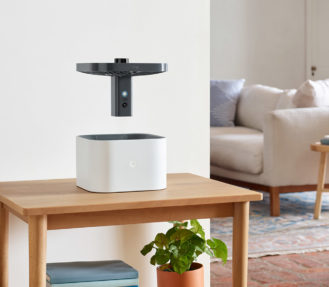 Manual control wouldn’t make a lot of sense, because the drone can only stay in the air for five minutes at a time before it needs to return to its dock. As far as I can tell, Amazon has ignored my requests to equip the Always Home Cam with a tiny laser canon and flamethrower, so it’s strictly for surveillance only. That’s probably a good thing: Amazon recommends that users “introduce Always Home Cam to your pets while you are around so they can get comfortable with its noise and flight sequence.” I’m anticipating a bunch of Ring videos of cats delivering flying drone tackles from the top of the kitchen cabinets.

The Ring Always Home Cam costs $250, which isn’t bad all things considered. US Amazon customers can ask for an invitation right now, with initial units shipping sometime later this year.