WhatsApp is pushing hard to get a slice of that money transfer pie, introducing mobile person-to-person payments in India and Brazil. And what’s better than sending your friend a fast food combo’s worth of money to cover that time you left your wallet in the car? Well, lots of things. But getting a tiny, tiny portion of that payment back in credit is probably one of them.

A deep dive from WABetaInfo reveals that the feature is currently being developed for future versions of the app, though the framework is visible in the code. It looks like the “cashback” feature is limited to India, or that’s merely where WhatsApp intends to use it first. And the value is just ten rupees during the promotional period (that’s about 14 cents American, for comparison). 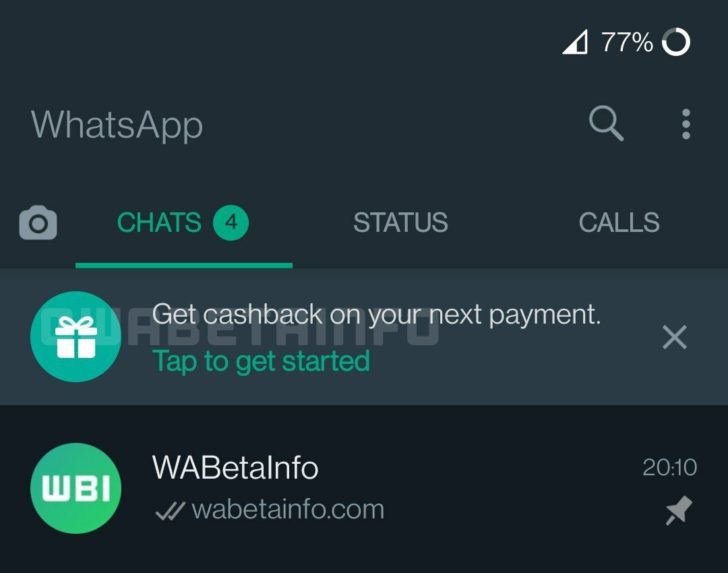 According to the source, users would see the cashback value in their accounts 48 hours after sending the initial transfer. And as is usual with these things, it may not be open to everyone — WhatsApp may only extend the offer to users who haven’t used the payment transfer system before. The discovery of this function in the beta app indicates that it’s coming soon, but precisely when isn’t known at the moment.