It’s not even October yet, but it’s safe to say Samsung leak season has arrived. Over the last week, we’ve seen renders of the Galaxy S22 and S22+, showing off a familiar-yet-refined design, as well as the much more divisive Galaxy S22 Ultra, which promises to take over where the Note series left off. If you’ve been holding out for another look at Samsung’s next premium flagship, today’s the day.

It’s a subtle change, but the side rail no longer wraps around the phone’s buttons.

These revised renders come from OnLeaks, showing off a slightly refined version of the S22 Ultra (via SamMobile). After last week’s reveal, fellow leaker IceUniverse tweeted that the frame and back of the device didn’t match what was previously heard regarding the phone, and these images reflect the changes. Although the same basic design — including its odd camera bulge — remains in this photo, the side frame is now uniform, running along the top of the volume buttons rather than wrapping around. It’s a cleaner look, as well as our first glance at the rumored dark red variant. 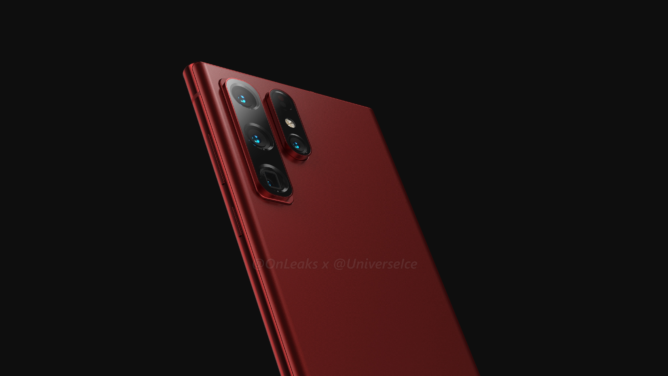 Along with the changes to the side of the device, the camera bump might come in a slightly different orientation. Rather than the oddly-shaped module from last week — which I can’t stop thinking looks like a scrapped tetromino — this new layout would actually separate the left and right sensors into two individual bumps. It’s unlikely to change the minds of anyone who hated the original design, but it’s interesting to see two possible routes Samsung’s next flagship phone could go down.

Following @UniverseIce comments on my #GalaxyS22Ultra, I asked my sources to investigate.
Seems a prototype w/ uniform body frame indeed exist but I got no confirmation on the camera housing design.
Nonetheless, here two updated renders depicting these prospective differences. pic.twitter.com/14bNzFxqDP

While OnLeaks acknowledged a prototype with the updated uniform frame exists, there’s no confirmation on the new camera housing, so take it with a grain of salt. We’re still a few months away from an official launch for this phone, so it’ll be interesting to see what else we learn about its design. With any luck, it won’t be long until we get our first glimpse of the rumored S Pen slot built right into the phone.

How to check your PC’s CPU temperature