Back in June, the release date for the Android port of Northgard was revealed in a YouTube trailer. This popular indie strategy game had already made its way to iOS in April but is only just now landing on Android. Despite the late arrival, the Android port is pretty good, offering acceptable performance, a reworked UI for touchscreen play, and there’s even optional DLC available for those looking to extend Northgard’s RTS gameplay. It’s an acceptable port that should offer hours of fun, and it’s currently on sale for 30% off.

Above, you can watch the Android trailer for Northgard. It offers a quick look at the game’s graphics, though it doesn’t reveal much about the gameplay. Northgard is a real-time strategy game, sometimes compared to The Settlers series. The whole thing is based around Norse mythology, offering a unique theme. There’s a story mode that eases you into the RTS gameplay, and once you have a grasp of things, you can jump into the single-player mode where you can choose from a host of settings, such as map-hostility, type, size, and amount of AI players. Much like CIV 6, you can create your own scenarios, allowing for endless replayability.

There are six optional Clan DLCs available, which you can purchase in groups of three for $6.99 or individually at $2.99 apiece. Keep in mind, Northgard is currently on sale for 30% off the retail price, which means you can pick up a copy for $5.99, a pretty good deal compared to the PC version that retails for $30.

A very cluttered and busy UI, though more than likely unavoidable for an RTS

Now here’s the thing. The touch-based UI is new, and it can be unwieldy, especially on phones. You do have the option to resize the UI to several different increments, which helps with readability, but then the UI feels cluttered on a small screen, which gets in the way of the touch-based map controls. The game suits tablets much better and even runs on Chromebooks. However, the UI is missing the pointer when playing on a Chromebook (stages don’t contain a pointer for some reason), which means you’ll have to control the game through the touch controls, which isn’t ideal for a laptop. There is also no controller support, and oddly enough, the game will crash upon boot if you have a controller plugged in through a USB port. Players do have the option to play with an uncapped framerate, so if you own a beefy phone or tablet (my ROG 5 was hitting frames in the mid-50s with fluctuations in the mid-40s), you aren’t forced to play at 30FPS. There’s no multiplayer support, but it should be coming in an update this September.

A few screens from the Play Store

All in all, there are more satisfying ways to play Northgard, such as on a PC. It’s pretty clear that converting the UI for touch controls has created a few drawbacks to consider, like the cluttered interface on small screens, but in the end, this is still a performant (albeit demanding) port that is thankfully pretty accessible on Android devices, plus it’s priced appropriately. So if you’re a big fan of RTS games or simply enjoy premium releases that offer endless hours of content, then the Android port for Northgard is definitely worth checking out despite a few drawbacks.

Online multiplayer added to the mobile version of Northgard 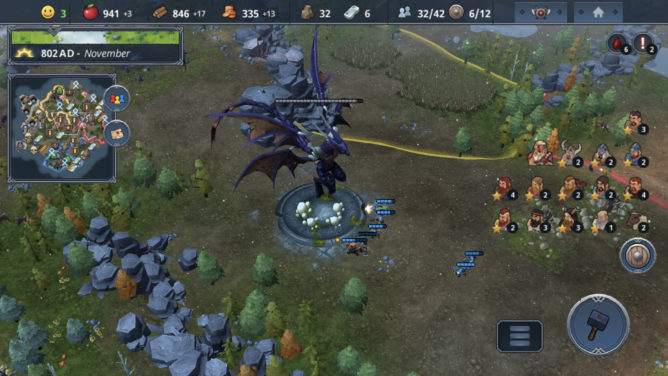 Northgard is a popular indie strategy game that launched on Android last month, but it was missing online multiplayer support at launch, with the feature expected to land at a later date. That day is today, which means Northgard was just updated with online multiplayer that supports cross-play between Android and iOS. Multiple game modes support this new feature, including Duel, Free for All, and Teamplay modes.

WHAT’S NEW
Drakkars incoming!
Multiplayer is coming to Northgard Mobile :
• Play with or against other Mobile players with up to 6 players
• Includes Duel, Free for All and Teamplay modes

The multiplayer update for the mobile port of Northgard is indeed live, and if you’d like to take a look, simply update the game. Of course, if you’ve yet to play Northgard, you can purchase the title through the Play Store widget below for $8.99. In-app purchases are included, but they are simply unlocks for optional DLC. After all, this is a premium release, and you definitely get what you pay for, a solid port of a fantastic strategy game that’s great on tablets. 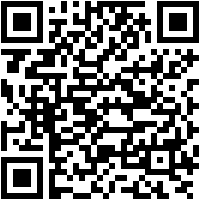