We’ve already seen leaks of the upcoming Galaxy Tab A8 tablet, revealing a new design language for the budget line. Today we’re getting word of the specs underneath the 10-inch screen. Don’t get too excited, this isn’t the Galaxy Tab S series: while a new processor and storage options are nice, they aren’t going to set the world on fire. But that probably means the tablet won’t break the bank, either. That’s in contrast to those other rumors we’ve been hearing, about a super-sized super-expensive Samsung tablet.

According to a post from the reliable OnLeaks via 91Mobiles, the next-gen Galaxy Tab will be called the Tab A8. That’s a bit confusing: the A8 refers to the tablet generation, not the screen size (there are plenty of Galaxy Tab A/Tab A7 models that are in the 8-inch range). The leaked model is a 10.5-inch tablet with a 16:10 HD screen set to replace the 10.4-inch A7, though there may certainly be other A8 models at different sizes. 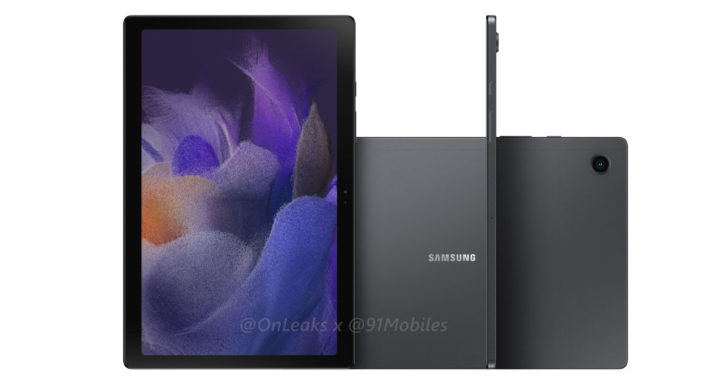 Reportedly the tablet is running on a Unisoc T618 CPU, an octa-core model that’s already a popular choice for budget brands like Chuwi. Storage comes in 32, 64, and 128GB flavors, with 3 or 4 GB of RAM depending on the configuration. It’s using a fingerprint sensor built into the power button, a la recent iPad designs, something that wasn’t present in the A7. There’s an 8MP rear camera hanging out on the back, and the front-facing cam (horizontal, if you’re wondering) is 5MP. A 7040mAh battery powers the whole thing. It’s a surprisingly svelte frame, just 6.9mm (not counting the camera) according to the leak. 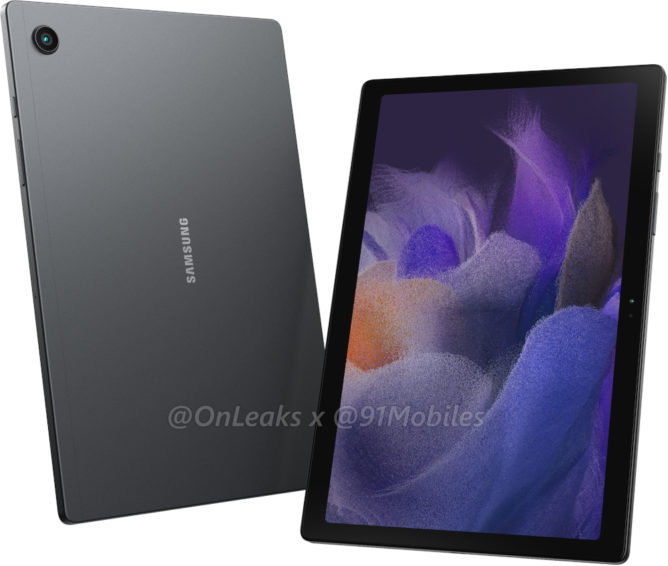 In terms of style, the new case is flat and angular with a small camera bump, reminding me more of Lenovo’s recent tablets than Samsung’s older A series designs. OnLeaks says you’ll be able to choose between silver, grey, and gold colors. Exactly how much it’ll cost hasn’t been revealed, but the 10.4-inch Galaxy Tab A7 it’s presumably replacing costs $280 for the Wi-Fi model, not accounting for frequent sales.

What’s going on with Samsung’s launch plans for the Galaxy S21 FE?